Come see Sioux Falls newest blues/jazz band, featuring two of the hottest guitar players inSioux Falls, with a smoking rythm section. Watch them burn it up at the Mad Rock after the Captain Beefheart influenced WUMPUS leaves the stage. Then a week later they'll tone it down a bit for the Touch of Europe with an acoustic set, but still expect the same command of America'sgreatest invention: Jazz & Blues 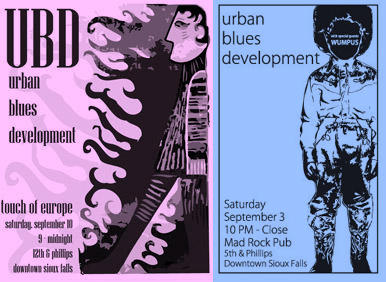