Hudson's Guide To the Clash 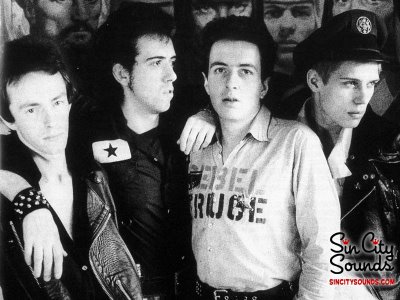 From the premiere issue of Prime:

Few bands could ever possibly get away with calling themselves “The Only Rock ‘n’ Roll Band That Matters.” Then again, (very) few bands were as great as the Clash. If Elvis Costello was the Bob Dylan of the first wave of British punk, and the Jam were that era’s Who, then the Clash were the Beatles and the Stones of this exciting era of music.
Like the Beatles, the Clash combined great songwriting and a never-quenched thirst for new sounds. Yet their approach to different genres and techniques echoed the Stones in that they never wavered from their true roots. “Clash City Rockers”, “Train In Vain”, and “This Is the Radio Clash” couldn’t be farther apart musically, but all three songs were clearly by the same band.
Besides the music, the Clash changed the way a rock band could possibly operate. Their goals were lofty – they wanted to “reform” the music biz and redefine the rock ‘n’ roll experience. They issued double and triple albums at single record prices; they took on social causes that went against the grain of common wisdom. They also invited musically disparate heroes such as Bo Diddley and Joe Ely on lengthy, high-profile tours. And they never wavered when “experts” criticized them for taking on non-rock genres such as reggae, dub, and hip-hop.
Despite all of their accomplishments, however, it shouldn’t be a huge surprise that this band crashed and burned so quickly. Financial problems and musical differences led to a widening rift within the band. But what a wild ride it was – five albums, including a double and triple disc set, plus numerous singles and EP’s in a six year period…and not one album not worth owning (outside of a final release that was a Clash album in name only). As the Trouser Press Record Guide proudly describes, their catalog contains “some of the most brilliant, absorbing, potent, and staggering rock ‘n’ roll of all time.”

Essential:
The Clash. Quite possibly the greatest debut album in history, The Clash wasn’t released in America until import sales had topped 100,000 copies. When Epic finally put it out in 1979 (months after Give ‘Em Enough Rope), they added a few subsequent singles and deleted four original tunes. In a move that can only be explained by a record company weasel, when the Clash’s catalog was remastered a few years ago somebody decided that both versions should be marketed as separate albums instead of a definitive full-length version.
Both versions are essential. The original form explodes in what the Trouser Press Record Guide describes as a “scathing frenzy of venom and sardonic humor”, while the inclusion of “Complete Control”, “I Fought the Law,” and “White Man in Hammersmith Palais” make the American version slightly more accessible to those a bit unnerved by Strummer’s seemingly incomprehensible bellows.

London Calling. If The Clash is the greatest debut album of all-time, then London Calling is quite possibly the greatest everything else. Some call it the best of the 80’s (although it was actually released the last week of 1979; others call it the greatest double album of all-time (contending with the Beatles’ White Album and the Stones’ Exile on Main Street).
I’ll go one step further – London Calling is the greatest rock ‘n’ roll album of all time. No longer just a punk rock band, the Clash’s third album cements their place in rock ‘n’ roll history. Unlike most double albums, there’s no filler as each of the four sides is essential. Released around the same time as Martin Scorsese’s classic film, Raging Bull, many critics noted that these two works of art were “an expansive portrait of doomed wiseguys, working-class anger, and American mythology”. Besides straight-out rock, the album sees the band dabbling in a seemingly unlimited variety of styles, including rockabilly, ska, bebop, and reggae. They even introduced the now-cliched art of the bonus track with the unlisted pure pop of “Train in Vain”.

Give ‘Em Enough Rope. Although hard-core British punkers were shocked with the decision that brought Blue Oyster Cult producer Sandy Pearlman behind the board for the second Clash album, the results were a sonic upgrade from the muddy sound that was the only negative aspect of their debut. Yet although a number of Jones and Strummer’s greatest songs appear on this album (“Stay Free,” “English Civil War”), there are some lesser tracks that suggest the band wasn’t quite ready to record a full album.

Sandinista. What do you do after releasing one of the most acclaimed double albums of all time? I guess you try to top yourself with a triple album that adds dub, hip-hop, and funk to the ever-growing list of Clash genres. Even the biggest fan of the band will listen to some of the more experimental tracks more than a few times, but one cannot deny the quality of the rest of the album. Editing down to fourteen or fifteen songs, though, results in an album that stands proudly next to their debut or London Calling.

Combat Rock. It’s not the first time that a band’s biggest success is also their most mediocre release. Surely, the album’s hits (“Should I Stay or Should I Go” and “Rock the Casbah”) were deserved smashes, but the majority of the album sounded forced and Glyn John’s slick production overshadowed the band’s musical prowess.

From Here to Eternity. Like the Stones, fans of the Clash had always proclaimed that the true power of the band was on the stage. Unfortunately, when Epic finally released a live album in 1999 they primarily relied on recordings from the Combat Rock tour that saw the band disintegrating. The performances are fine, but the piece-meal method of recreating a concert from multiple shows, lineups, and tours doesn’t result in an album that feels like a live show. One would be better-suited to search the internet for illicit recordings of individual late 70’s shows.

Cut the Crap! Don’t bother with this album as it’s a Clash album only in name. Tensions from the Combat Rock tour resulted in the dismissal of guitarist Mick Jones. Three no-names were recruited to join the band, and in another strange twist Strummer co-wrote the album’s material with manager Bernie Rhodes (a sure sign of a bad decision). There are reports that only Strummer actually appears on the album, with the backing tracks created by Rhodes and a bank of computers. As Rolling Stone reported, “six people bought it, (and only) five played it all the way through.”


Must-Have Compilation:
The Essential Clash. There have been a number of greatest hits collections over the years. The double disc Story of the Clash! (1988) was the first, and served fans reasonably well. As with all “best of” sets, one could quibble with the choices, but for the most part all of their most well-known tracks were included…although there was no rhyme or reason for the track order.
Three years later, Epic/Legacy Records released Clash on Broadway, a three disc box set that included a handful of admittedly non-essential outtakes. Disc one is noteworthy for finally combining the two versions of The Clash, along with a handful of singles, b-sides, and a previously unreleased live version of “I Fought the Law”.
Super Black Market Clash was the next Christmas product/treat for Clash fans, but surprisingly it is possibly the perfect companion piece to those who own all of their regular albums. Originally a 1980 mini-album of b-sides and obscurities, the 1993 re-release was expanded into a near-complete collection of non-album curiosities.
Even with all of these compilations on the market, it wasn’t until 2003 that Epic Records did the band justice. The Essential Clash is exactly what the title implies – two full discs of almost every key track the band released. It’s also the first compilation to acknowledge the post-Mick Jones era, as it includes “This Is England”, the only memorable tune on Cut the Crap.

Joe Strummer:
Disillusioned by the business side of the record industry (namely, the fact that the Clash’s record deal kept him personally tied to Epic Records), Joe Strummer took most of the 80’s off. Besides a few soundtrack appearances (most notably on Sid and Nancy, Walker, and Permanent Record), his first “real” solo album, 1989’s Earthquake Weather, reeked of contractual obligation. Strummer also spent a couple of years touring as an unofficial member of the Pogues, even subbing as lead singer for a few memorable shows when the unreliable Shane MacGowan would periodically disappear.
Ten years later, an obviously rejuvenated Strummer returned with a vengeance. While Rock Art and the X-Ray Style and Global a Go-Go certainly don’t rank up there with the Clash’s greatest moments, neither album undercuts his former band’s legacy. In fact, one could argue it’s a natural progression from those final years, as Strummer continues to mix world-beat influences with energetic power pop.
After his shocking death in 2002, members of Strummer’s backing band the Mescaleros completed Streetcore using his extensive notes as a guide. The resulting album is better than can be expected, particularly on the cover of Bob Marley’s “Redemption Song”, but much of the album feels unfinished.
Before forming the Clash, Strummer was the leader of the 101’ers, a pub-rock band that had a minor hit with “Keys to Your Heart”. Earlier this year, all of the known live and studio recordings of the 101’ers were compiled on Elgin Avenue Breakdown Revisited, a revelatory rush of tracks that reveal not only Strummer’s fascination with early rock ‘n’ roll and R&B but musical blueprints for later Clash tracks such as “Jail Guitar Doors”. The live tracks in particular are noteworthy, particularly blistering covers of “Shake Your Hips,” “Maybelline.” and “Gloria.”

Mick Jones
Kicked out of the Clash by Strummer, guitarist Mick Jones immediately formed Big Audio Dynamite, and completely abandoned punk in favor of a more modern sound that combined rock with electronic beats, samples, and sound effects. B.A.D.’s first three albums (This Is Big Audio Dynamite, No. 10 Upping Street and Tighten Up, Vol. 88) are all must-haves for any Clash fans, but subsequent albums (Megatop Phoenix, The Globe, Higher Power) are mired in mediocrity.

Paul Simonon
An art student before joining the Clash, Simonon gave up on music for a couple of years after the end of the Clash. A growing love for rockabilly, Tex-Mex, and other forms of Latin American music led him to forming Havana 3 a.m. with guitarist Gary Myrick and singer Nigel Dixon. Although Myrick continues to release albums under the band’s moniker, Simonon only appears on their 1991 self-titled debut. Not surprisingly, it’s also the only album worth owning. 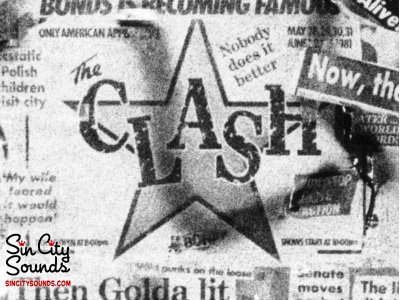