Let me set the record straight. I love the traditional side of Halloween - children wandering the neighborhoods attempting new records of candy poundage. 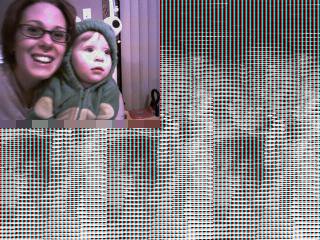 On the other hand, I hate the way that adults have hijacked this holiday. It wasn't that many years ago that only kids dressed up for the night. Besides the occassional costume party, adults just didn't participate.

No more. Fewer kids are trick-or-treating, but seemingly every adult now thinks it's cool to wear masks, makeup, and goofy clothing.

For the most part, it's harmless...until the bars are involved. Most bars have little elbow room on a normal night. Adding the bulk of costumes makes for an uncomfortable night.

Case in point - around ten years ago Janitor Bob played the Pomp Room on Halloween. This was at the height of their popularity, when any local performance resulted in an oversold bar full of people that liked to drink (and partake in other not-so-legal activities) beyond their limits. When half of that crowd decided to wear costumes, those of us who didn't partake (in either costumes or liquor/drugs) were knocked around all night long. 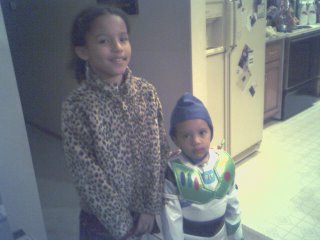 So let's return Halloween to the kids...if they want it. Judging from last evening, I'm not sure they care anymore.

Weather-wise, it was a perfect night. Even after dark, it was around sixty degrees. Surely there would be a crowd of kids. As usual, I had gone all out in the candy department, with over six huge bags of various kinds of candy plus a box of normal-sized bars for "special" kids (relatives, friends, awards for best costumes).

Around six o'clock, the first kid showed up. The next didn't knock on the door until 6:15. After that, it was generally a five minute delay between knocks. Despite giving out full handfuls of candy, I still have three bags of candy.

Still, it was fun. For some reason the Scream character is still popular, as were Vikings and Packers. I had a lot of fun giving these kids grief. Unfortunately, when I greeted a Cornhusker costume with a "finally, a team I like" the father wanted to talk football for ten minutes. I tried to ignore the Nascar drivers, but there were too many of them.

Two kids were my favorite:

1. The biker girl, about ten, who responded to the Replacements music in the background with "cool rocking music, dude!"

2. The three year old who excitedly ran back to his mother, shouting "he had all the kinds of candy I like!"

Oh, and there were a couple of baby/mama's that were hot, and my neice and nephew (pictured) looked great.
Email Post