I didn’t have much time to bash out today’s walk. I had two articles to write today, and it was way too hot to head out before I started in on those articles. When I finished in mid-afternoon, it appeared that rain was imminent, so I rushed out the door.
It would have been easy to just skip today’s venture, but, besides the fact that I don’t want to be a lazy sod, I had a new app to check out. A few days ago, I had downloaded a pedometer app, but a good friend suggested I go with RunKeeper. It has most of the same features, but RunKeeper also has a lovely woman my friend has named Beverly to keep me appraised of my stats.
While the calories burned on my venture was a bit depressing, I am encouraged by the fact that my pace barely dimmed over the two miles of walking. In fact, outside of a couple of minutes towards the end when I was walking against the wind, I rarely wavered. 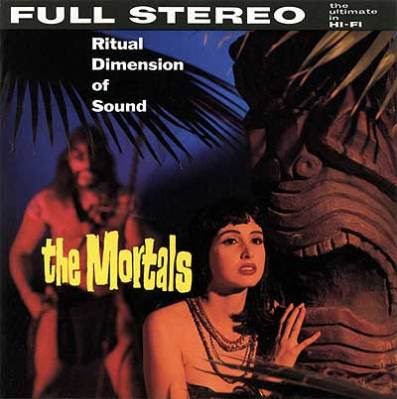 Ok, on to the music. On this round of walking, I have tried to stay even more obscure as possible. The music portion of the exercise is to reacquaint myself with portions of my library that rarely make my playlists. Today was a perfect example, as my album of choice was RItual Dimension of Sound by The Mortals.


I don’t have much to say about them, though, as their online presence is almost nil. They’re apparently from Cincinnati, they were on the Estrus label, and their sound is almost like an American Hoodoo Gurus, minus some of the eccentricities of that band. A rather enjoyable blast of garage-y guitars that was only interrupted by the latest updates from Beverly.
Email Post
Labels: mortals runkeeper scott hudson walking rock alphabet