The voice of my walking app, Beverly, is not pleased. I’m not sure if it’s the fact that I’ve missed an entire week, or the fact that a brisk pace rapidly descended. Maybe a certain friend is right, and Beverly is like most women when it comes to their attitude towards me. I just want her to like me.
As I said, though, I started off at almost a sprint. The later afternoon heat and humidity was unbearable, and by the halfway mark I was a full minute per mile slower. The sweat was just pouring off me, blinding me at times.
On any other day, those conditions would have caused me to just give up. Today, though, I had the perfect soundtrack. To understand my musical walking influence, one must go back twenty years. The Replacements had broke up two years before, but 1993 was the year all four of them started releasing their first post-‘mats albums. (Actually, drummer Chris Mars’ first album was the previous year.) 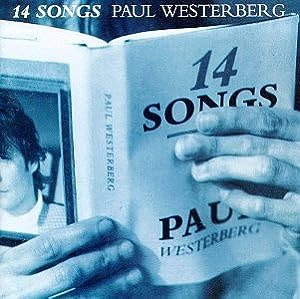 The four albums released that year were universally strong. Drummer Chris Mars finally had an outlet for his hatred of Paul. Guitarist Slim Dunlap proved to be a modern day Keith Richards, and Tommy Stinson’s new band, Bash and Pop, was such a wonderful surprise.
Most of the focus, though, was on leader Paul Westerberg’s first solo album, 14 Songs. There has always been criticism of the slick production, and Westerberg’s apparent desire to actually chase commercial success, but the album works as a successor to the final Replacements album, All Shook Down.
Twenty years later, I’m struck at the strength of the album. Sure, the middle section lags a bit. “Silver Naked Ladies” is fun but a throwaway; “A Few Minutes of Silence” should have been thrown away. But the first few songs - ‘Knockin’ On Mine”, “First Glimmer”, and “World Class Fad” - are amazing tracks, and the final trio are bookmarked by tunes that harken back to Bob-era Replacments.
Most importantly, there is one of the best ballads that Westerberg has ever written, and couldn’t have come at a better time. The summer of ’93 was when my marriage went bust, and 14 Songs was a major part of my self-therapy. “Things” couldn’t have spoken my mind any better, especially lines such as:
Things I try to tell you but come out oh so wrong
Seem to feel pretty good, seem to last pretty long
Things I don't wanna tell you
Now there ain't no doubt
You lit a fire in me
Can't seem to put out

Always things
All these things

A good album would have been even better, though, if Westerberg hadn't held off one particular song to be wasted as a B-side. "Seein' Her" is a perfect energetic power pop tune, and the catchiest thing he's ever written. Given the right circumstance, it could and should have been a huge hit.
While this album doesn’t fit this alphabetical round of mainly rarities and forgotten releases, it really was the perfect record to get my little ass around the neighborhood. Unfortunately, tomorrow looks even hotter.
Email Post
Labels: paul westerberg scott hudson walking alphabet