A surprisingly calm and mild day, coupled with a foul mood that needed an outlet of some sort, led to a long, long sunset stroll. The only issue was what to play on today’s jaunt. The choices for the letter “V” were pretty limited - the first Violent Femmes album, a couple of Morrissey albums, The Kinks’ classic Village Green. But I had already written about an older Kinks album, and I just wasn’t in the mood for the whiney voices of Gordon Gano or that silly former leader of The Smiths. 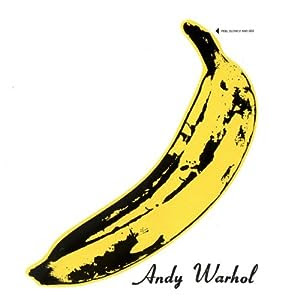 Instead, I found the perfect choice for the day - The Velvet Underground and Nico. Perfect for a couple of reasons, actually. One reason is the recent acquisition of the new six-disc 45th anniversary edition of the album that seemingly contains every note the band recorded during their first year of existence. There’s stereo and mono versions of the album, single mixes, outtakes, Nico’s debut solo album, rehearsals, and two live concerts.
Sure, it’s a bit of overkill, but at the same time this is one of the most important albums ever released. You could even call it the first indie album, although it was released on a major label. To understand this point, you have to look back at how rock ‘n’ roll worked up to this point in time. There wasn’t much of a difference between artistry and commerce. Great releases generally sold in big numbers, although there obviously was also plenty of schlock that also grossed millions. If you put out something catchy and/or groundbreaking, chances are you found an audience.
Not so with the Velvet Underground. There’s a reason for the cliche that “all 10,000 people who bought the Velvets formed a band” (a line I rewrote about The Replacements for my short cameo in Color Me Obsessed, which comes out on DVD next Tuesday). Along with the cultural impact of Frank Zappa’s The Mothers of Invention on the West Coast, from this moment on the paths between cash and acclaim didn’t always intersect.
There are plenty of reasons why The Velvet Underground and Nico didn’t ship in massive numbers, though. During the Summer of Love, an album singing the praises of heroin, transexuals, prostitution, and sadism isn’t going to resonate with the flower power crowd. I’d also hate to think of the kind of trip you’d have if you listened to this album on acid.
As time went on, though, and the hippie dream died, this is the album that predicted the future. The lyrics denote what really was going down on the mean streets of the big cities. “All You Need Is Love” is downright naive compared to the more realistic broken relationships all over this album, and “I’m Waiting For the Man” and “Heroin” transforms “White Rabbit” back to its Alice in Wonderland fairy tale origin.
Most importantly, this album is the Big Bang for 90% of the music I listen to today. The line that starts with the Velvets moves on to Bowie, Stooges, Mott, punk, post-punk, alternative, grunge, and beyond. There’s a reason why R.E.M. covered more Velvets tunes than The Byrds, the band that was generally credited as their primary influence.
Jump back to my reasons for actually exercising to this album (or my sedentary version of that activity), as it was actually an inspired choice. Songs such as “I’m Waiting for the Man”, “Run Run Run”, and “There She Goes Again” rock way more than you might expect, guaranteeing a crisp pace. In fact, everybody should do a little workout to the seven-minute “Heroin”. This aural recreation of a fix kicks off mildly, with just Lou Reed’s guitar and Maureen Tucker’s unique drums, gradually increasing as John Cale’s electric viola and Sterling Morrison’s guitar are added to the mix. The intensity increases as the drug takes effect, before climaxing in a crescendo of feedback and screeching viola.
The choice was so perfect that I didn’t even realize that it is an extraordinarily long album by 1967 standards. While most albums of that time period barely passed the 30 minute mark, each side of this album exceeds 25 minutes...a point that I failed to notice before the nearly eight-minute final track, “European Son”, kicked in a few blocks away from home. How far did I walk today?
Email Post
Labels: lou reed scott hudson velvet underground walking rock alphabet