I may have bitched about my lack of choices on earlier days, but today’s letter is by far the worst. Seriously. My 64 gig iPhone has exactly two albums that start with the letter “X”, while my 130,000 song iTunes library consists of only a couple more. Given that one of these albums is from a band already represented on this project, I only had one possibility. 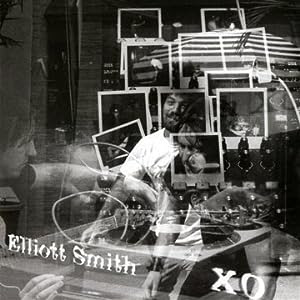 Thankfully, my default option was an album that I love - XO by Elliott Smith. His first album for a major label, XO is sort of a departure but then again not really. Having a major label budget did allow for extra instrumentation (horns, vibraphone, chamberlin, etc.), some sonic experimentation (drum loops on “Independence Day”), and a lusher sound, but the heart of Smith’s songs are still his melancholy Lennon-esque double-tracked vocals and acoustic guitar.
I don’t really have a lot to say about today’s selection. If you like Elliott, you tend to like almost everything he ever released. A prolific writer, he always had a stockpile of songs whenever he recorded, so there’s no real lull throughout this album. Yes, there are some highlights - “Sweet Adeline”, “Waltz #2 (XO)”, and “Bottle Up and Explode!” are a few of them - but they’re only a half-step or so above the rest of the tracks.
XO isn’t my favorite Elliott Smith album, though. That award would go to the first album I ever heard from him - his third album, Either/Or. I had heard of his first band, Heatmiser, but to this day really don’t remember much of them. I may have even seen them at some point, but they were just another in a long line of post-grunge alt-rockers.
Either/Or, though, was something different. It was here that I was first hypnotized by his subtle yet emotionally heartbreaking lyrics. I had just acquired a CD burner around the time of this album’s release, and “Ballad of Big Nothing” made almost every mix disc I created the rest of 1997. A few of the tunes on this album were utilized in the acclaimed Good Will Hunting, along with the newer, Oscar-nominated “Miss Misery”.
The Oscar nomination and televised appearance should have catapulted Smith to superstardom, but drugs and other self-inflicted issues put a halt on his momentum. He followed XO with the excellent Figure 8, but the next couple of years found him working off and on on various tracks before he was found on October 21, 2003 with two stab wounds to his chest. It’s still unclear whether it was suicide or if his girlfriend, Jennifer Chiba, was involved.
Now that we're almost at the end of this process, though, I want to know what you people think I should do next. As I stated before, I can't jump right back into my couch potato life. I need to keep this going in some fashion, but it would make no sense to go back to A-Z of album choices. What do you guys think would work as both a physical motivator and a creative writing opportunity? Add some comments with suggestions. Please!
Email Post
Labels: elliott smith scott hudson walking rock alphabet